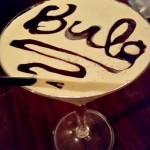 Bula! You might think that a trip to Fiji is hardly likely to be a business trip but I can assure you our trip in May was absolutely packed with trade visits, wine training with various hotels and resorts, hosting various wine dinners, and also spending some time with wonderful distributor, Victoria Wines.

Arriving in Nadi, we were met by Kate Vusoniwailala, whose father Liam established Victoria Wines many years back and who still is very involved in the business. Kate is now responsible for the day-to-day running of the business and is doing an amazing job and expanding the team. In fact Victoria Wines now has a training manager on board and has started to provide WSET education which is a milestone for Fiji in terms of hospitality education. Just a couple of weeks before we arrived, Victoria Wines had invited one of New Zealand’s Master of Wine, Jane Skilton, to Fiji to conduct some WSET training in Nadi and Suva.

After a short trip from the airport, we settled into the beautiful Sofitel Hotel on Denarau Island and as the sun went down we acclimatised to our new surroundings with a ‘Bula – Life on the Beach’ – a very colourful cocktail that’s a speciality of the hotel! Next day our business activities start and we met by the effervescent Joyce Kumari, who heads the sales team, and were off on our first call. This first meeting was via boat – in fact it was via the local ferry first and then mid-ocean we transferred to a smaller boat – and then we had to jump out of the small boat and wade in to the island! The vision of Andy with his shoes and socks popped the top of the carton of wine he was carrying from the boat up the beach looked like he was doing an ad for courier company DHL – ‘we will delivery…no matter what’! We had a wonderful meeting with Steven and Monica on Castaway Island – our first-ever barefoot trade call sitting at a table under palm trees. That’s the way all meetings should take place. Back at Denarau Port we had the opportunity to visit the brand new Yacht Club with their wonderful restaurant Rhum-Ba. In fact we visited it on their first day of business and came back and had dinner on their 2nd night of operations – and it was fabulous. We were delighted to see that our Misha’s Vineyard Lyric Riesling is featured on their small and carefully chosen wine list and we hear there will be more of our wines on the list soon! If you’re ever in Denarau, visit the Yacht Club – which promises to be one of the most popular spots in town judging by the number of people we saw there in the first couple of days of business. Whilst on Denarau Island, we also met with met with the F&B Directors of some of the top hotels (including at the Sofitel Hotel where we were staying) and did another wonderful training session with the team at the Hilton Hotel. We had been to the Hilton two years earlier and they stock Misha’s Vineyard wines, so it was great to go back and do some refresher training there. The next day after some training with the Victoria Wines team, Andy and I headed out to the airport for our flight to Laucala Island – the second time we have been invited to the island. Laucala (pronounced ‘Lauthala’) is to the east of Taveuni Island and is owned by billionaire Dietrich-Mateschitz of Red Bull fame. Initially his own private island, Laucala is now open to visitors but targets only the world’s most discerning travellers and frequently hosts celebrities looking for the ultimate in luxury and privacy. We were flown out on one of the island’s private planes and on arrival settled into our gloriously spacious hilltop villa. It’s hard to describe the luxury of Laucala Island – you need to experience to know just how perfect a place can be! Our first evening on Laucala Island started with cocktails at the Rock Lounge with Tony, the golf pro who manages the 18-hole championship golf course, then a wonderful Asian-inspired dinner at Seagrass Lounge. It’s not unusual to be the only people at a restaurant at Laucala Island as they regularly have less than a dozen guests on the island and five restaurants – hard to get your head around right? But wait, they have a staggering 370 staff because Laucala Island is focussed on sustainability with most of what’s used on the island being produced on the island, so many of the staff are involved in the organic farms and gardens producing fruit, vegetables, herbs and meat for resort restaurants as well as flowers and spices for the spa. The next day, Andy and I delivered wine education to the F&B teams starting with a three-hour session in the morning which was repeated in the afternoon with a second group of staff. We taught the Laucala Island team about New Zealand wine, detailed information on the key varieties and we did a little wine tasting with them too. With many having taken some WSET education already so they were a pretty knowledgeable crew! In the evening we hosted a wine dinner in the main restaurant Plantation House with some of the guests and the islands General Manager Andrew Thomson, with the range of our wines that the resort carries, as well as a few special wines we brought over with us. Sadly the next morning, we had to leave the island but we do have an invitation to return again! We will definitely be back. We flew into Suva and spent a day visiting customers and also training the Victoria Wines team in the lovely new shop in Damodar City centre then we drove down to The Pearl South Pacific Resort which is set on one of Fiji’s longest beaches. Within a few minutes of arriving we were back into wine training for the team at the hotel! With the training complete, we had a little time to relax before we headed to the brand new restaurant at the hotel called Seduce. The hotel’s General Manager Natalie Marletta, was responsible for conceiving the restaurant and she’s done an amazing job as it’s a seriously beautiful space with the most incredible views across the ocean. Chef Ben Tedrick created some superb and innovative food with his degustation menu. This was our second wine event at The Pearl, having been there two years earlier for a wine lunch. I have a feeling we’ll be back at The Pearl before too long as well!

The next morning we were driven back to Nadi to connect without flight home and back to reality. The truth is i I only had about 15 minutes in a pool the whole time we were in Fiji as it really was a business trip. However, we dined on some of the most amazing food, had the most glorious cocktails, stayed in some luxurious hotels and resorts and met some of the nicest and happiest people in the world. I don’t mind that sort of work!