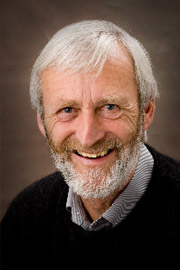 For Tim, the best parts of his job are the variety of assignments (covering commercial, magazine, portrait and weddings) and the environment in which he works, which spans all of Central Otago as well as other beautiful areas of the South Island of New Zealand.

He also says a large part of the enjoyment comes from the people with whom we work — meeting and working with new people as well as renewing acquaintances with loyal clients.

Born in London, Tim spent five years with the British Royal Marines followed by eight years as a mountaineering instructor. It was the beauty of the Southern Alps which enticed him to move to New Zealand in 1980.

Tim particularly enjoys being involved with Misha’s Vineyard where he has provided a stunning photographic record of the journey that Misha, Andy and their team have made over the last few years. Many of these photos have been featured in magazines in several countries.

When he’s not taking photos he can usually be found riding his horses in the hills around Bannockburn.